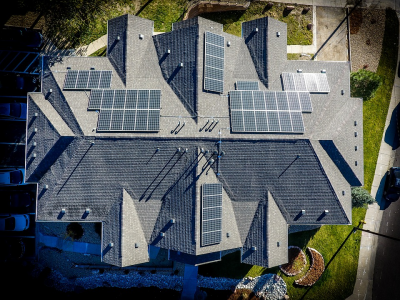 Two of the most discussed issues these days are sustainability and the environment; a solar panel array installed on the home contributes positively to both causes. A solar photovoltaic (PV) system does not cause the release of any greenhouse gases, so they help to reduce the amount of pollutants released into the atmosphere.

There are other, more personal, benefits to the installation of a PV system. For instance, it will help to reduce the utility bill by a significant amount and even adds to the value of your home. The reason is that a home that can reduce the energy bill is attractive to prospective buyers. So, if you are interested in the benefits of solar panels in Beverly Hills, then contact Pacific Green Homes for the expert advice and installation services you need.

The Feasibility of Solar Panels in Beverly Hills

Beverly Hills is one of the most popular cities in Los Angeles for a number of reasons: the world-class shopping; the celebrity spotting; the various tourist attractions; the warm, sunny weather. All of these make Beverly Hills a highly appealing place to visit and to live. However, that last attribute is what makes Beverly Hills an excellent place for a PV system installation.

Beverly Hills has a Mediterranean micro-climate—also known as a dry summer climate—which means that it has warm to hot temperatures for most of the year and relatively little rainfall. This results in Beverly Hills having a temperature range of 79°F to 85°F in the summer, and 48°F to 67°F in the winter months. Those temperatures, combined with Beverly Hills’ average of 278 sunny days per year—higher than the country’s average of 205 sunny days per year—make it one of the best places for a solar installation in America.

This makes Beverly Hills a perfect place for a solar installation because the potential energy savings are huge. Since the average monthly energy usage is so low, the size of the solar array can be of a smaller size, which saves money on purchase and installation. Considering that the price of solar panels keep falling and energy bills keep rising, the purchase of a solar panel array would be a sound investment for any Beverly Hills homeowner.

Solar panels are available in a variety of sizes and power outputs; the size of the panel is dependent on the size of the roof on which they will be installed. The power output depends on the energy use of the home and the percentage amount by which the homeowner wants to offset their energy bill. If they want to offset it by 100% and pay nothing for their electricity bill, then a PV system that produces the same, or greater, amount of energy used each month is necessary.

That is not a realistic goal for most people, a 50% to 70% offset is more likely, but even that will end up saving thousands of dollars on energy bills during the life of the solar installation. The average cost of a solar array in California is $15,600 for a 5 kilowatt system. However, as stated earlier, the lower energy consumption of Beverly Hills’ residents means that they can get by with a smaller, cheaper PV system with a lower power output.

This price does not take into account the 30% rebate offered by the Federal Government, which can further reduce the price of a PV system, making one realistically attainable for many homeowners.

The Benefits of Solar Panels in Beverly Hills

A solar panel can last for twenty to twenty five years, during which time the array can save homeowners over $100 a month on their energy bill. This adds up to thousands of dollars in savings over the life of the PV system. This means that the break-even time for the system is just five to seven years.

In addition to the energy savings, a solar array greatly increases the value of a home on the real estate market because of its ability to reduce utility costs. So, even if the homeowner plans on moving after the PV system install, it will still benefit them. There are also the considerable environmental benefits to the installation of solar panels. They greatly reduce the emission of greenhouse gases that cause air pollution. Plus, they use a sustainable form of energy that is not reliant on fossil fuels like other forms of energy production.

Learn More About Solar Panels for Your Beverly Hills Home

It is clear that there are many benefits to solar panels in Beverly Hills when even the city’s website has a section devoted to them. This is not surprising considering that solar power is a safe, renewable, and clean form of energy.

If you are a Beverly Hills resident who is interested in a solar array on their home, then contact Pacific Green Homes. We will answer all your questions about solar energy and solar panels, assess your home to see if it is viable for a PV system, and perform the installation quickly and efficiently if it is. There has never been a better time to buy a PV system, so contact us if you are ready to go solar.

Read about the importance of home maintenance on our blog! https://t.co/vlaHkdi10B

This week read about Room Addition Ideas on our site! https://t.co/d8qZMwQcbY

Reply on TwitterRetweet on TwitterLike on Twitter1Twitter
Load More...

Error: Access Token is not valid or has expired. Feed will not update.
This error message is only visible to WordPress admins

Get An Estimate Today!