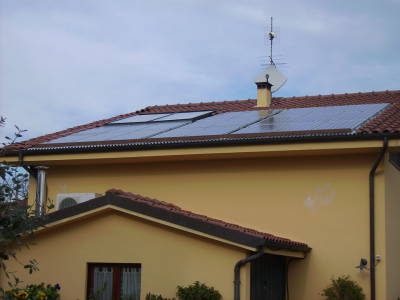 Clean energy, a renewable power source, a lower utility bill. Solar power provides a wide variety of benefits. Among the more underrated of these benefits is net metering, or net energy metering (NEM). This is an incentive that allows homeowners to store energy in the power grid when their solar installation produces extra energy.

The tradeoff is that they can use energy from the grid during times when their photovoltaic (PV) system produces less, or no, energy, such as during the winter months and during the night. NEM helps to provide a huge benefit to the utility bill of anyone who uses solar panel installations in Los Angeles, or any other city in California; that is because solar power helps users to save money even when their PV system is not producing power.

How Does Net Metering Work?

Depending on the size of the solar panel installation and the energy demands of the home, it is possible that it can produce more energy than is needed in the house. This typically happens during the daytime when the sun is at its brightest but less electricity is being used. When this happens, the meter runs backward and the homeowner gets credits on their energy bill corresponding to how much power the PV system feeds back into the grid.

What Are The Benefits of Net Metering?

Basically, whenever the solar panel installation produces more power than the home uses, the homeowner receives credits that offsets the power that the home draws from the energy grid. This results in a very low utility bill overall, and means that the PV system saves the homeowner money even when it is not being used.

Depending on the setup of the solar panel installation, it is possible to zero out the electricity bill for the entire year. This can happen if the system produces enough power to build enough credit that can be put towards the power the home draws from the grid. This may not necessarily happen with every home based on the average power use of most homes, However, NEM can significantly lower the utility bill of most homes, and save hundreds—or even thousands—of dollars in utility costs over the life of the PV system.

Are There Different Types of Net Metering?

There are currently two different types of net metering, conventional and virtual, the differences are as follows:

Once the solar panels have been installed, the homeowner is provided with a special meter that can measure the amount of power the solar installation provides to the grid, how much power the home receives from the grid, and can calculate the difference. A conventional net meter is attached to a single building and only measures the energy produced or received by that building.

This is also called Community Net Metering or Aggregated Net Metering, this occurs when multiple people own or rent off-site solar panels or the energy they produce, a setup known as Community Solar or Shared Solar. In this situation, the credits a resident receives is determined by the amount of energy their share of the installation produces.

So, if a resident owns or rents 20% of the solar panel installation, they will get credit for 20% of the energy the system produces and will receive a corresponding credit on their utility bill. With Community Solar, it may not be possible to bring the energy bill to zero, but it can still reduce the bill by a large amount.

Net Metering Is One Of The Benefits of Solar Panel Installations

This makes a PV system even more efficient than the power grid. However, it might occasionally be necessary to draw power from the grid, and when that happens, owners of solar panels will be happy to know that they will be paying much less for that energy than everyone else.

Read about the importance of home maintenance on our blog! https://t.co/vlaHkdi10B

This week read about Room Addition Ideas on our site! https://t.co/d8qZMwQcbY

Reply on TwitterRetweet on TwitterLike on Twitter1Twitter
Load More...

Error: Access Token is not valid or has expired. Feed will not update.
This error message is only visible to WordPress admins

Get An Estimate Today!